Gerty waited for the arrival of Captain McCray’s boat with the morning deliveries. Neither Zachary nor Alfred kept their agreement to pay her the rest of the money they owed her. No surprise.  Nothing was ever easily sorted with those two. She was sorry she hadn’t taken a few of their tools with her for ‘collateral’ when she paid a visit to their workshop yesterday. Captain McCray had cautioned her about covering Zachary’s C O D charges earlier that week.  Now, she waited with little more than half the money she needed for her order.

Captain McCray refused to allow credit, no compromise, no exceptions! Deliveries better be prepaid or the cash better be ready. He had such a mean bark that nobody wanted to provoke his bite. It was foolish to ever try to argue with him on matters of credit. He even had a policy of charging extra if he had to return unpaid goods. There also wasn’t one part of her order that she didn’t need. Her stomach fluttered nervously as the boat approached.

She wanted to explain her plight concisely instead of just babbling out a bunch of excuses. The captain was not known for patience; he was known for getting crusty if provoked. As he approached the dock, she noticed another hardware delivery for the brothers along with her own order. ‘Perfect’, she thought, ‘they will have to get by me before they can collect their order.’ 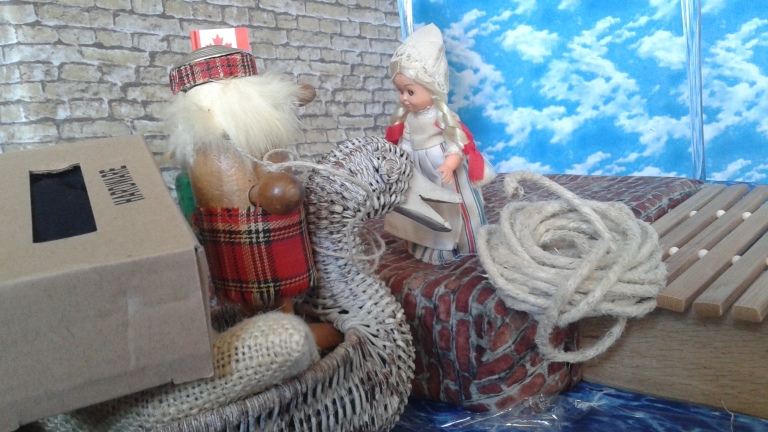 “Mornin’ Captain McCray,” Gerty greeted him, pulling his boat in closer. She nervously returned his smile,”how is the water this morning?”

Gerty finished tying off Captain McCray’s boat and in a matter of minutes had helped him unload as well. He had pushed the hardware order to the side and brushed his hands off “You have your payment handy?” he was quick to ask for his C.O.D, “I appreciate your help. The hardware would have been awkward to unloaded without you offering a hand. Those lads like to get out of work don’t they. I have another delivery further up river. I also have passengers to board there and transport here late this afternoon.”

“Oh how I hate conversations that begin with ‘thing is’. I especially hate it when it come from one of the few folks around here I actually have respect for. Now spit it out cause I can almost guess what you have to say…”

“Well, you were right” she began again “you said good luck collecting the money and well I only got part of the money from them and therefor I only have a little over half the money I owe for my order. I see they have a hardware order here and I hope they will pay me my money when they come to collect it.”

“Yeah,” he shook his head regretfully,”I hate the I told you so bit. Sad thing is, their order is prepaid this time and I have instructions to just leave it on the dock. They were too busy this morning and they would be a little late.”

“Oh they prepaid did they,” Gerty vibrated with the thought they could avoid running into her by prepaying this order?  How was it that they somehow they had the money to prepay this order but could not pay her. “I don’t suppose I could convince you to let me pay you when you return later this afternoon.” 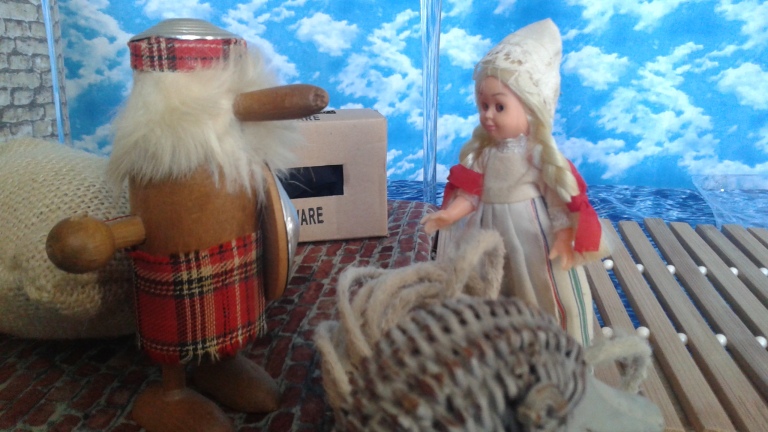 “Well Gert,” Captain McCray hummed and hesitated a little, scratched at his beard. Gerty cringed at the captain addressing her as Gert. “I understand your predicament. Especially as you are in this predicament to begin with due to helping Mr smart ass and Mr dumb ass out of their predicament.”

“I do need this order to complete a landscaping project this afternoon. I will get paid from that job. If you let me pay you half of what I owe for my order and take the hardware order I can extract the money Zachary and Alfred owe me when they pick up their order from my nursery. Either way I will have the money to cover the balance of my order by the time you return to drop off your passengers.”

“Well,” Captain McCray softened his tone as he accepted Gerty’s partial payment.”I like you and I am going to tell you what I am going to do because I too am in a predicament. I need a date for my cousin’s wedding. I will take part payment and let you have your order now and then you can pay me the balance of what you owe me when I return.” The captain hesitated a moment, “that is, if you could accompany me to my cousin’s wedding?”

Gerty was taken aback. She’d never made time for dating. Even if she felt like stepping out for for fun, she did not consider him her sort. She hadn’t answered yet but rather bit her lip. Captain McCray mistook this for shyness on her part and thought it was sweet.

“I hate going to these things alone.” He smiled another mouthful of big pipe stained teeth. “It would only be to the wedding and dinner after. I would treat you like the lady I believe you are and nothing else. It would be doing me a huge favour. Letting you take your order now and pay me later today is doing you a big favour you know.”

“Yes I realize.” Gerty forced a smile as her money situation left her feeling like she had limited choice. The captain had always been pleasant with her even if he was a rough old goat with others.”When is the wedding?” 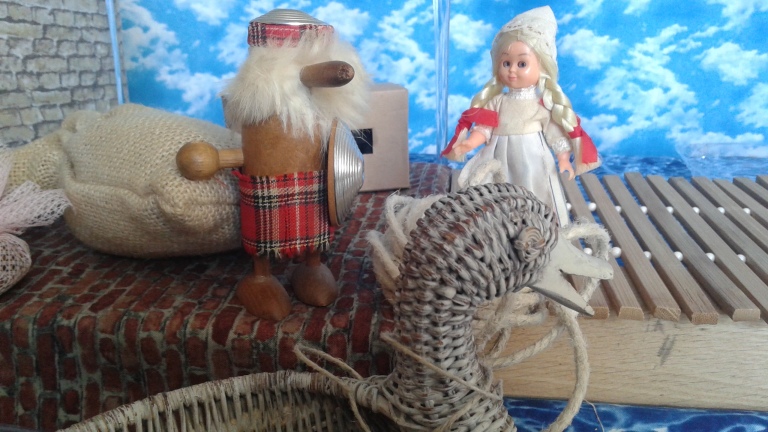 “Next Saturday,”as Captain McCray’s face brightened and his eyebrows lifted, he made rare eye contact with Gerty. Though she hadn’t quite agreed to go with the captain it was close enough to a yes.”We will have a great time. I will give you more details later today but it is a high noon wedding so I will have to pick you up early.”

“Alright then,” Gerty agreed uncomfortably. Saturdays were always so busy at the nursery, and this time of the year there was never such thing as a day off. ‘this week is just getting better and better,’ she thought to herself. She was now Captain McCray’s date to his cousin’s wedding and she still needed to come up with the balance of what she owed for her order and be back here for 4 pm to pay it.

Happy as a clam, and not smelling all that much different, the captain boarded his boat and was off…… 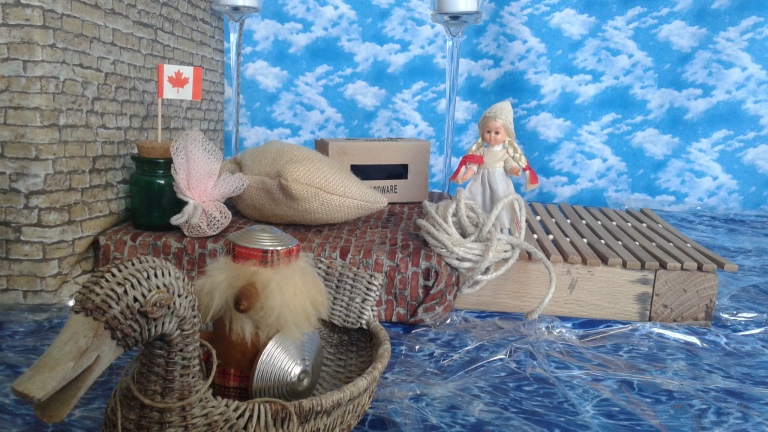 How did they figure they could just weedle their way out of paying her. Now leave her stuck going to a wedding. Good luck avoiding her now? They will have to pony up her money before they could have their hardware order.

Gerty’s hair bristled and she fumed.  If she could wrestle either Alfred or Zachary into a dress and make them go with Captain McCray as his + 1 to his cousin’s wedding instead of her, she would! 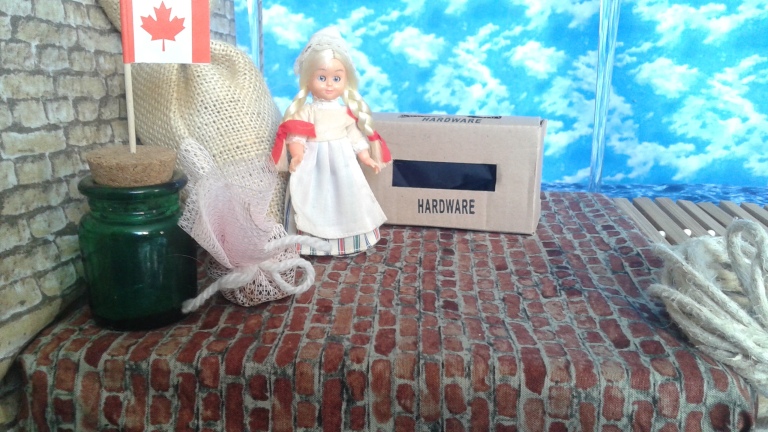 Pity to those who cross Gerty!